Every year, Hitz 103.9 FM organises an award known as the 'Something Wicked Award' to appreciate personalities and celebrities in the showbiz industry. This award appears to Ghanaians and the awardees as funny because some of the titles of the award are quite controversial. Some Ghanaian celebrities after spotting these awards laugh at it and others get furious.

The founder and leader of the Ajagurajah Movement in Ghana, Prophet Kwabena Boakye Asiamah, popularly known as Odeefuo Ajagurajah has got furious after coming across his award given to him by Hitz FM. Odeefuo Ajagurajah was awarded "Kasa Pooley Of The Year". In the Ghanaian dialect, if someone refers to you as 'Kasa pooley', it means you like talking too much.

So according to Hitz FM, in the year 2021, Prophet Ajagurajah was the most talkative celebrity personality in the country. The man of God after spotting this award rain insult on Hitz FM and the organizers of the award. This is what he wrote on his official Instagram page, "Waaa look at this, Me Kwabena Boakye Kasa Pooley? Your face is like toothpaste".

Some Ghanaians after coming across this comment from Prophet Ajagurajah said that he deserve it because he likes talking too much. Others advised the man of God not to mind Hitz FM and the organizers of the award. 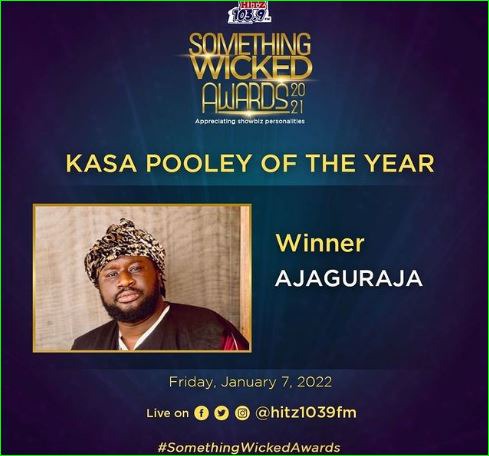 A Commissioner For Oath, Teacher And An Accountant